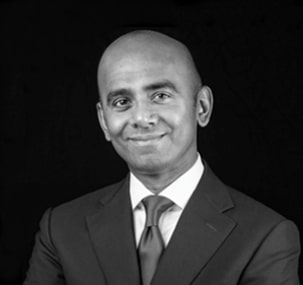 Mr. Shahjahan was a Managing Director and Head of the UBS Technology Mergers & Acquisitions practice in San Francisco from 2011-2013. Prior to joining UBS in 2011, Mr. Shahjahan was a Managing Director with JP Morgan’s Technology Banking practice in San Francisco and focused on the Semiconductors and Hardware coverage effort. Previously, Mr. Shahjahan spent over 7 years with Citigroup’s Technology M&A Group in Palo Alto and served as a co-head of the Semiconductor Banking Practice. As an investment banker, Riyad worked globally with large technology firms, emerging companies, venture capitalists, and technology private equity firms, advising on transactions totaling in excess of $75B.

Mr. Shahjahan received an MBA from the University of Chicago Graduate School of Business, MSc from the London School of Economics, and a BA from The American University.

WE STARTED WITH A SIMPLE IDEA